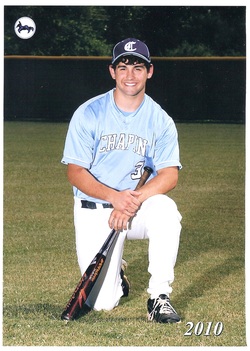 
Coach's Comments: "Addison is a mid to upper 80's right handed pitcher with a plus breaking ball and an effective change-up. Works at mid 80's and has touched 87mph during his Junior summer. Not afraid to challenge hitters and has shown flashes of dominance on the hill. Addison is a young man with a powerful lower body and core that can generate a tremendous amount of bat speed. In the field he reads the ball off the bat well and is always in position. Extremely high baseball IQ, it's no surprise he is a superior student in the classroom. Addison is one of the top right handed arms in the class of 2012."

Addison is interested in schools that offer pre-pharmacy/pharmacy majors.